Home → News → When is a Designer Not A Designer? When He’s a Conceptual Fine Art Printmaker Too

When is a Designer Not A Designer? When He’s a Conceptual Fine Art Printmaker Too 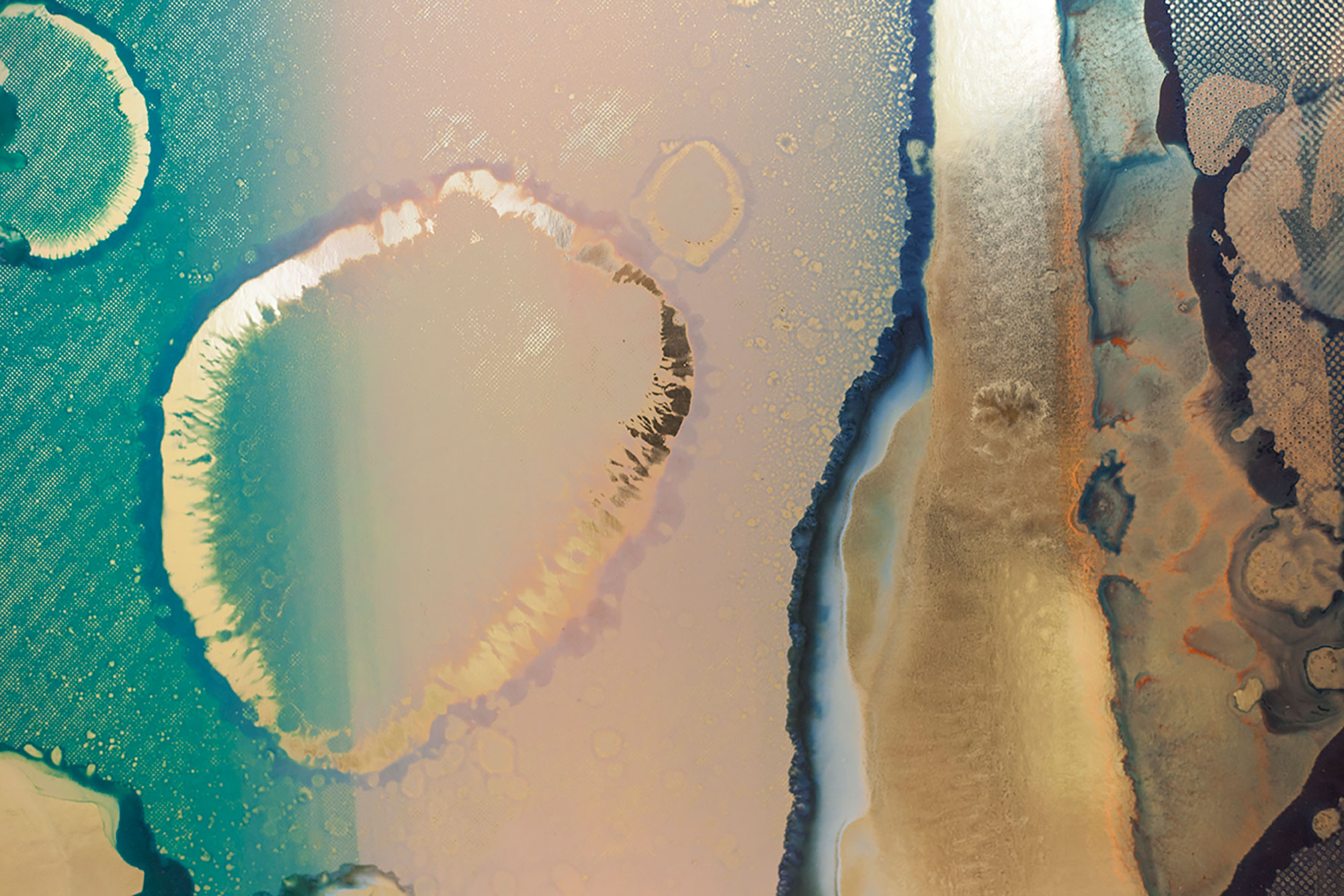 Once the first decade of professional life has passed by, it’s easy to feel that a chosen (or perhaps stumbled upon) career path ought to be maintained indefinitely, regardless of the remuneration or fulfilment it provides. The safety of certainty can be a real bitch to shake off. Unless you’re cut from the same cloth as Tom Sewell, designer, occasional illustrator, and now fully fledged fine artist.

Since Graduating from the University of Brighton in 2005 with a degree in graphic design, Sewell has worked his way through the ranks designing for agencies with respected names like Wieden + Kennedy and Studio Output, illustrating posters for clients like Ministry of Sound, contributing one-off pieces to Landfill Editions’ periodical Mould Map, and making technicolor dreamscapes just because why the hell not?

Sewell rented a studio in the same north east London block as Jean Jullien and illustration collective Nous Vous, and for a time his personal work was in demand. But a successful and prolific career doesn’t necessarily make for a happy creative, and Sewell’s day-to-day was missing a certain focus.

“Life was comfortable and I’d begun to make work for no reason other than its own existence,” he says, “but I guess I didn’t really know why. I didn’t understand my motivations, and I definitely didn’t feel confident about being in or entering the art world. I didn’t understand it. So I quit the studio because I was paying for this space that, while I was there, I didn’t really know who I was or what my identity was. It was hard to make stuff in a void.”

Surrounded by established commercial illustrators, Sewell began to realise his motivations were different from theirs. Although he had a distinct visual language that clients would pay him to replicate, it wasn’t enough, and he had questions he felt needed exploring within the framework of fine art.

“So for a while I just worked in my bedroom. I’d been thinking about doing an MA for years, and I’d applied to the Royal College of Art straight out of uni to study visual communication. In hindsight I’m glad I didn’t get into it. I just wasn’t prepared for it then. When you graduate you do your first job and you’re like, ‘This isn’t the freedom I expected, man. I want to go back to education.’ I imagine they get a lot of applications that are like that; competent recent graduates who are freaked out by the world of work. ‘Please take me back in, because I just want to explore my crazy ideas.’”

Having already experimented with printmaking, Sewell eventually decided to pursue his masters in the medium, opting for a fine art-based course at Camberwell College of Art in south London for practical reasons as much as the creative scope of the course. Funding the masters himself meant he would have to maintain freelance design jobs throughout the two-year program, so leaving his network of contacts behind in London to pursue studies elsewhere wasn’t an option; and he couldn’t afford the fees at the Royal College.


Two years later he’s freshly graduated and his graduation show appears to have been a success; his second show as a qualified fine artist has just opened, and one of his images has been shortlisted for the prestigious Jerwood Drawing Prize, despite the fact he hasn’t yet got the knack for waxing lyrical about his work. Indeed, his pencil drawings of impossible stalagmites and abstract neon screen prints don’t lend themselves to easy classification, but he has a crack at explaining it all in an email after we’ve spoken:

“I am interested in trying to understand our relationship to landscape and nature through images. Where are we? How do images alter perceptions of reality? What role do fictions and the imagination have in making the world? My practice is involved in exploring the porous border between the reality of the elemental landscape (its stones, plants, clouds and waves) and the human idea of a place. I’m trying to get lost in the interpretive ambiguities involved in attempting to apprehend the world through images.”

Regardless of what that all means, the process has been exactly what Sewell was looking for, and has had a positive impact on his design work too. “I’m now way better at being a graphic designer,” he says. “Before I just wanted to express my own pure creativity, whereas now I’m like, ‘What is the task and how can I complete it to the best of my abilities for the money that you’re paying me?’ I can put my skill into it and my technical abilities, which because I’ve done it for so long, are quite high. Whereas the thing in me that I needed to express creatively outside of any client relationship is now fully validated within this fine art practice.”

Does he not resent having to keep designing instead of committing fully to making art? “No. Once you make a choice to only make things that have value to you, that exist only for the purpose of their own existence, I guess it’s implicit that you won’t make any money out of it. The amount of practicing artists that are making a living off their work is tiny, tiny, tiny. You have to find another way to live, and I’m incredibly lucky that I’m a graphic designer in London, that I have a trade that can support me, that can fund me making work.

“I’ve just graduated, I’m working, I’ve got a show opening; for the short term I’m in a position of incredible privilege. I’m aware of that.”