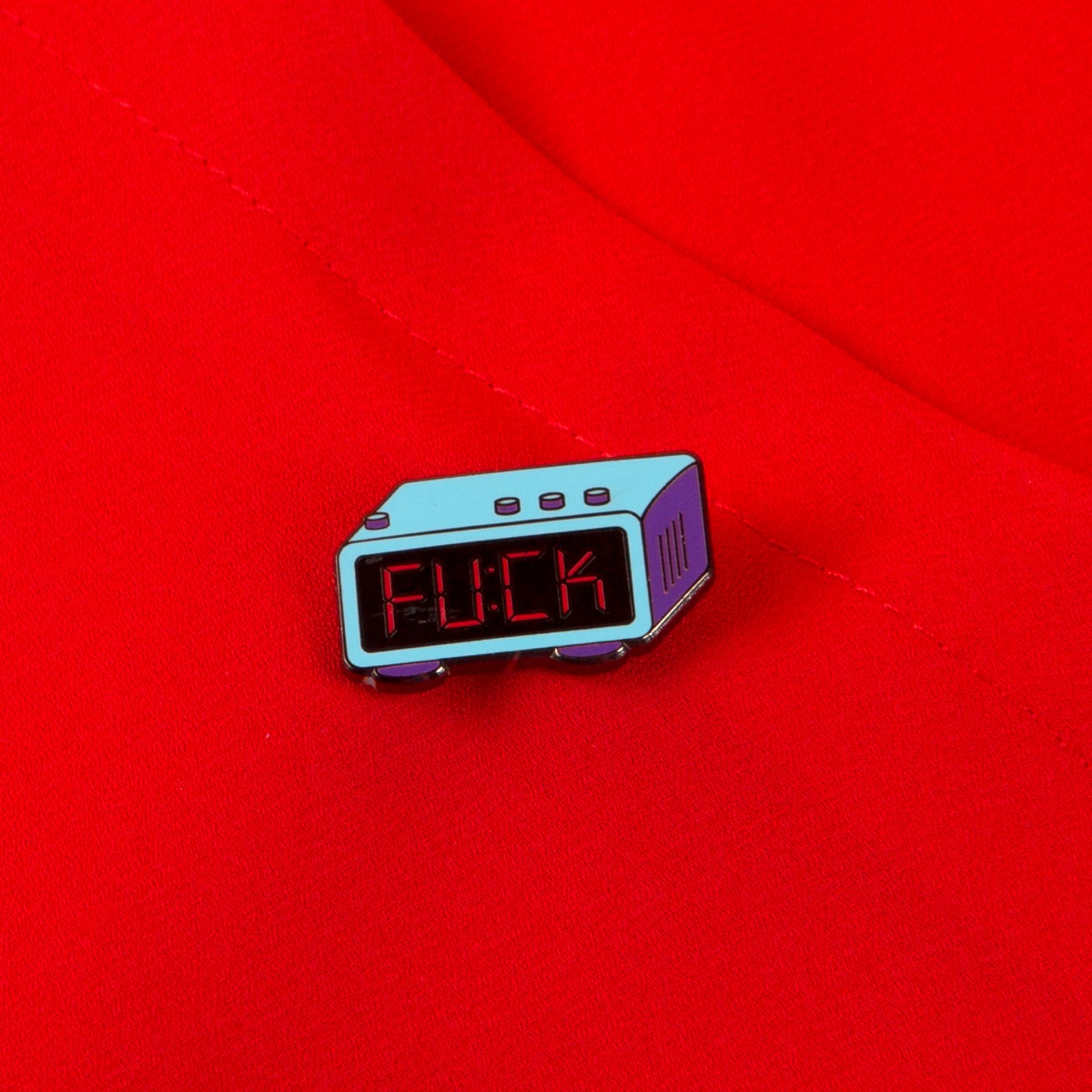 Everything from beanies emblazoned with heart symbols, to socks covered in cheerfully raised middle fingers – the logo of Sorry I Have No Filter – is on offer in Sagmeister & Walsh’s new store, with all profits from sales going towards Ladies, Wine & Design. Jessica Walsh set up LWD two years ago to combat not just the lack of women in senior industry roles, but also in response to the negativity she’d experienced herself – hoping to create an environment that could foster and support women’s creative potential.

Sorry I Have No Filter hopes to build on Sagmeister & Walsh’s success with Pins Won’t Save The World, which sold anti-Trump badges during the 2016 election. Despite their purposefully playful appearance – including a cat stamped with ‘pussy grabs back’ and a rainbow labelled ‘love trumps hate’ – the pins raised a surprise $100k for charities under threat. 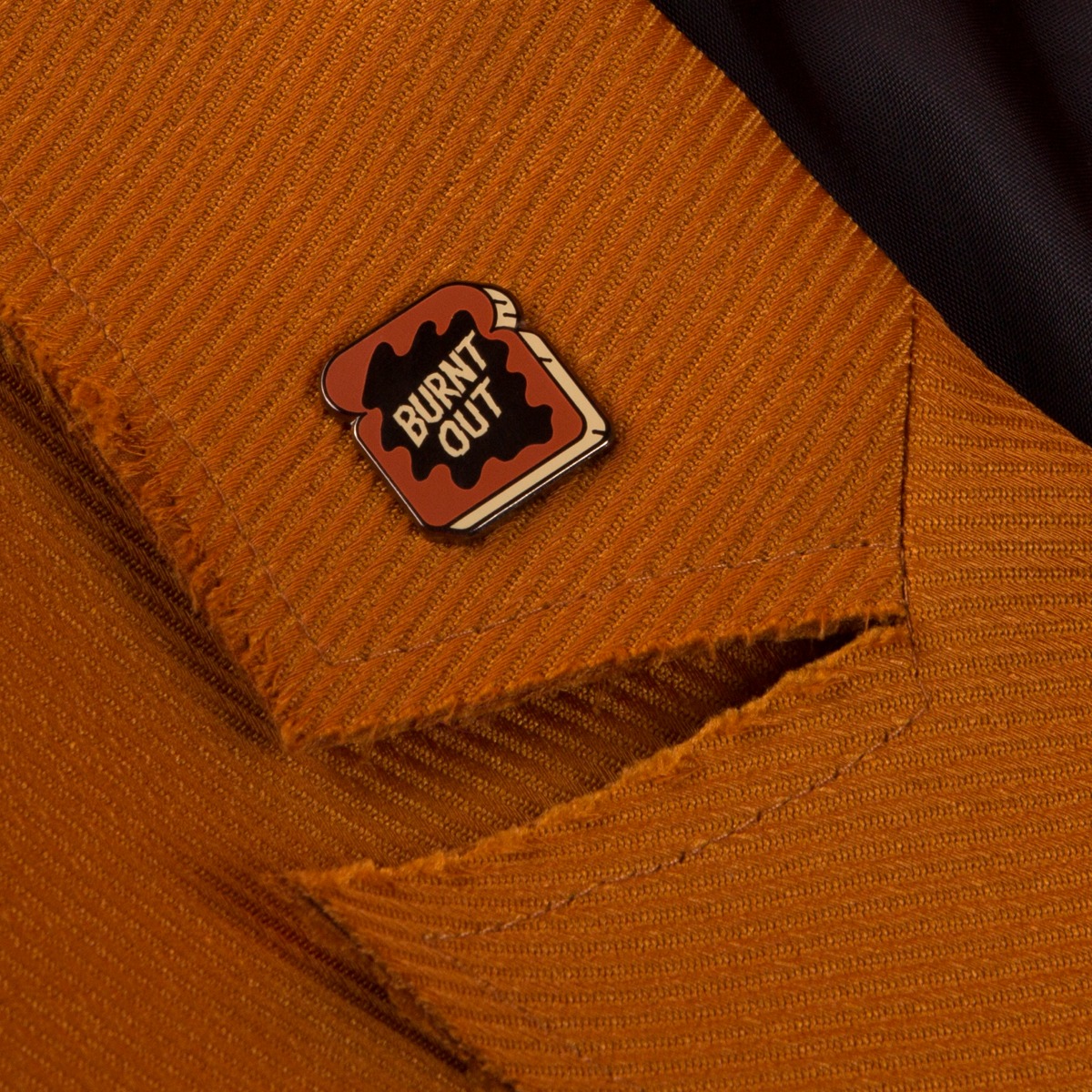 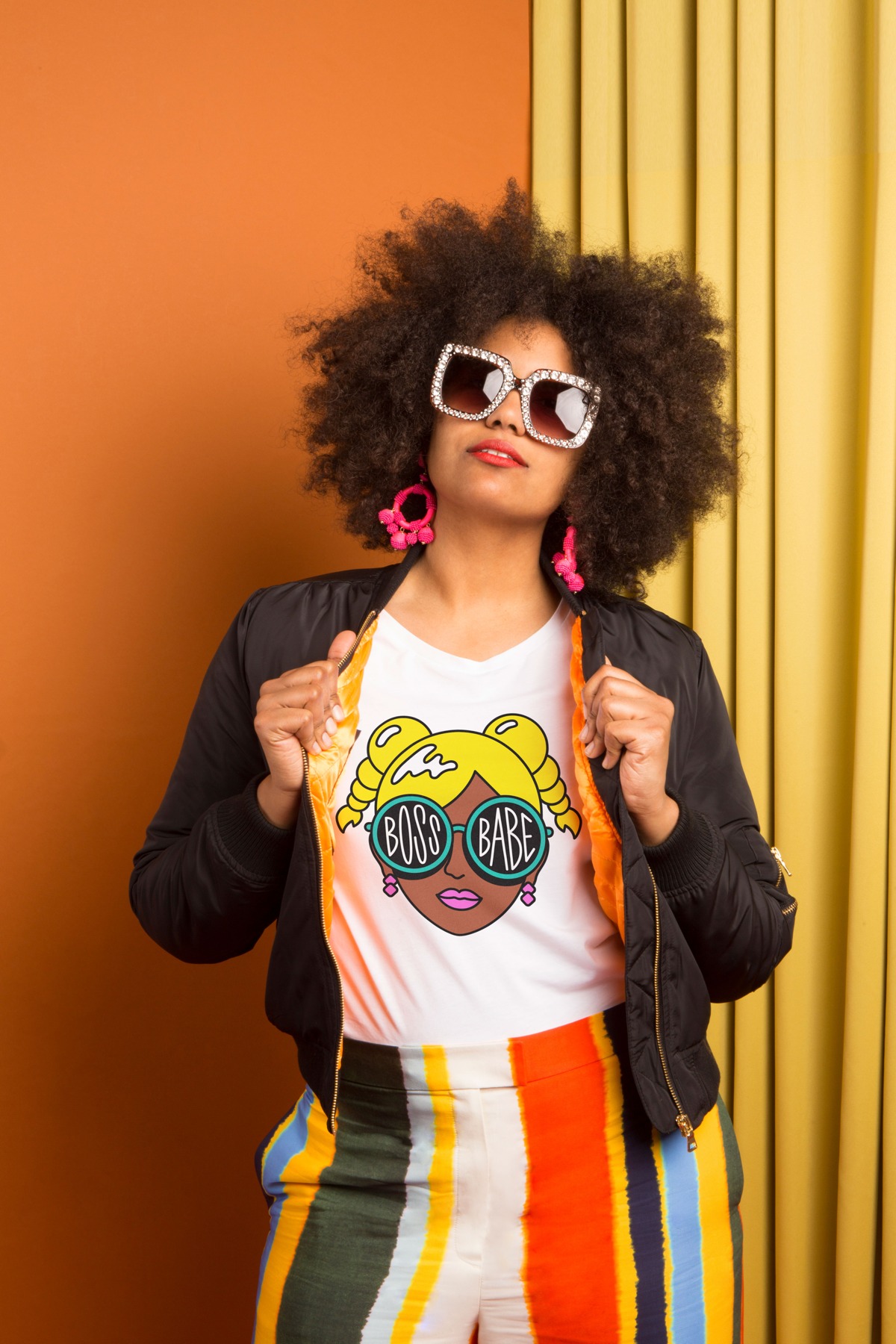 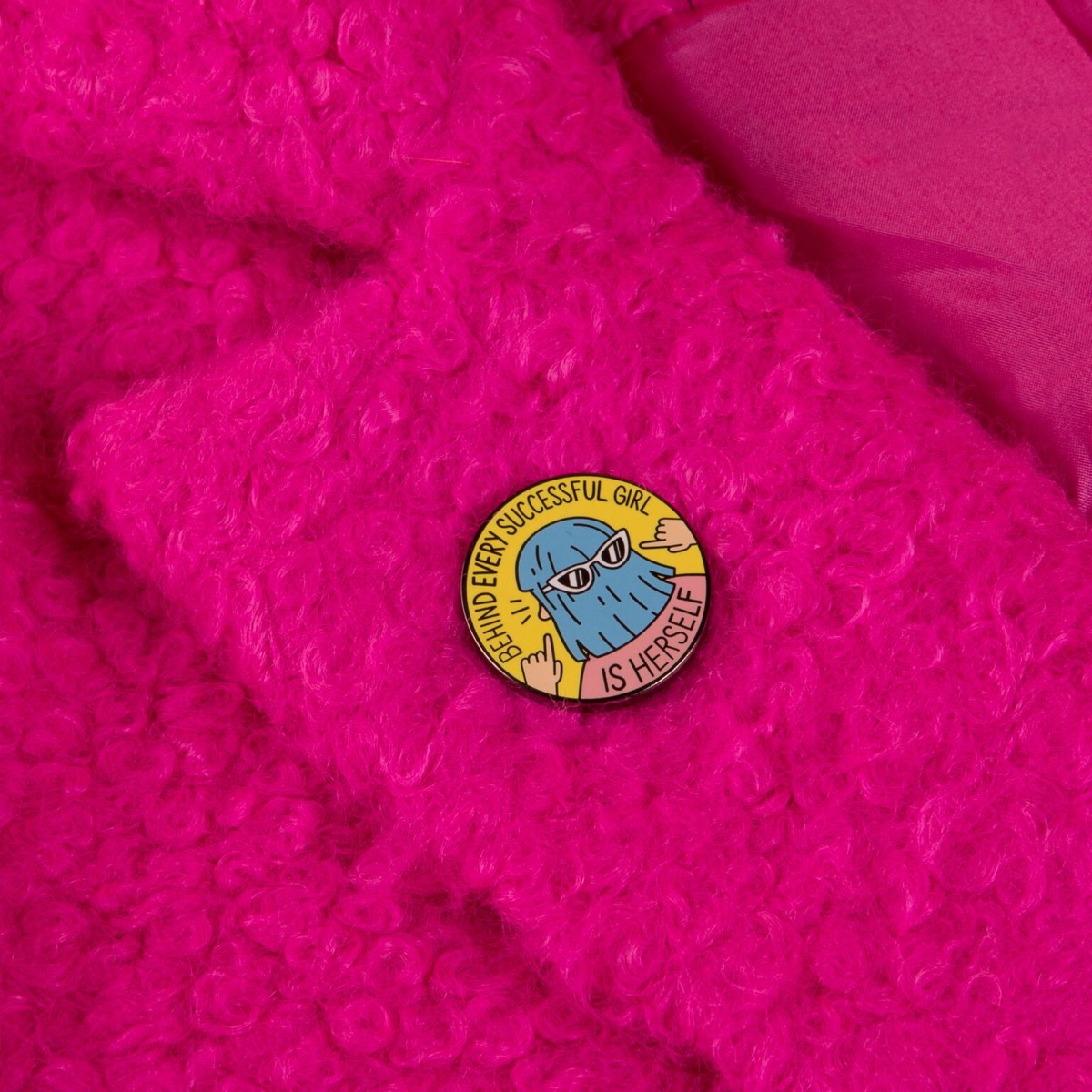 “I think the whole Trump thing, as awful as it is, has really created a fire in the creative community,” says Walsh. “Before the election there weren’t many designers doing that much, but after he got elected you saw artists and creatives constantly creating political art. I think it’s got people using their voice.”

“We underestimated it,” she adds. “We called the project Pins Won’t Save The World because from the outset we thought it wouldn’t do that much. It’s cool to see how design can be used as a tool to create change. I think part of why it was successful is because so much political merchandise is not that fun, so it’s not really something that younger people, millennials or Gen Z really want to buy.”

Sorry I Have No Filter has adopted a similarly cartoonish approach, pairing simple illustrations with buzzwords and catchphrases – ‘shit happens’ on a glass globe, ‘goal digger’ on sparkly gold lips, and ‘burnt out’ on overdone toast.

“I personally believe that creative that doesn’t evoke some kind of emotion (like playfulness or humour as we are doing here) often falls flat,” says Walsh. “If we made all serious boring merchandise, it wouldn’t sell as well.” 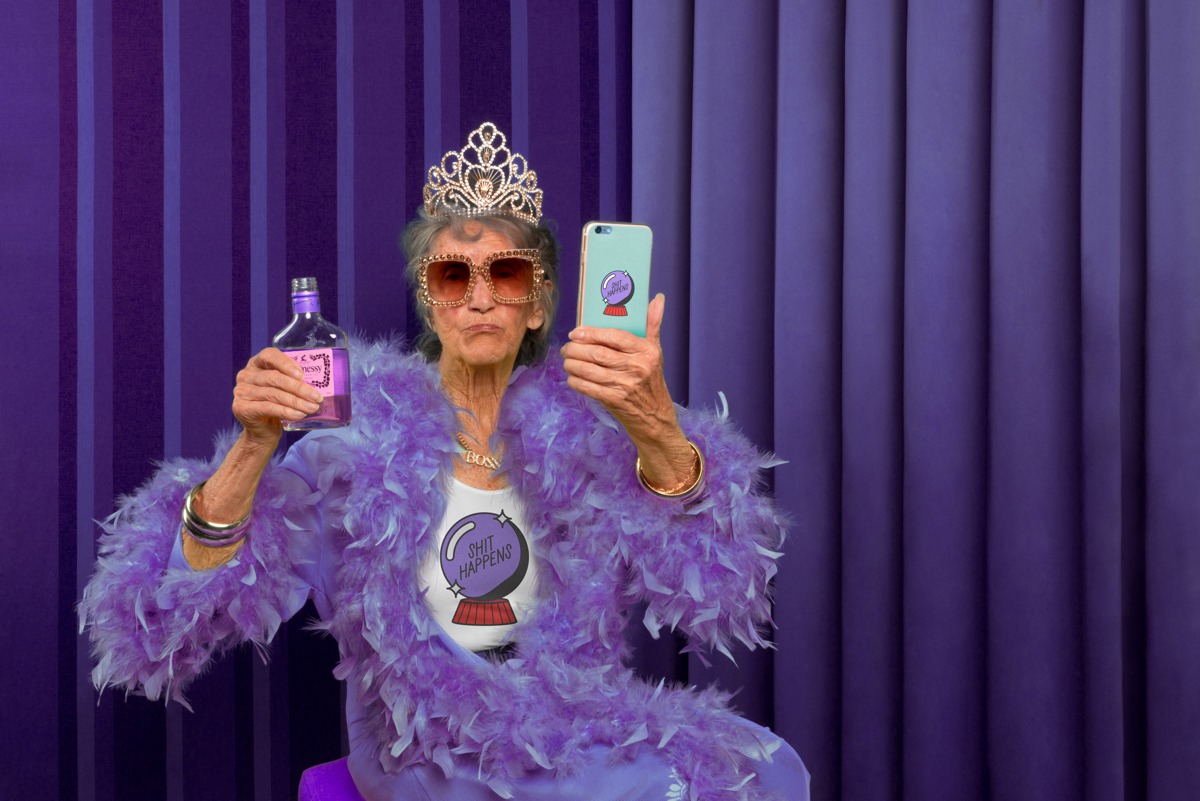 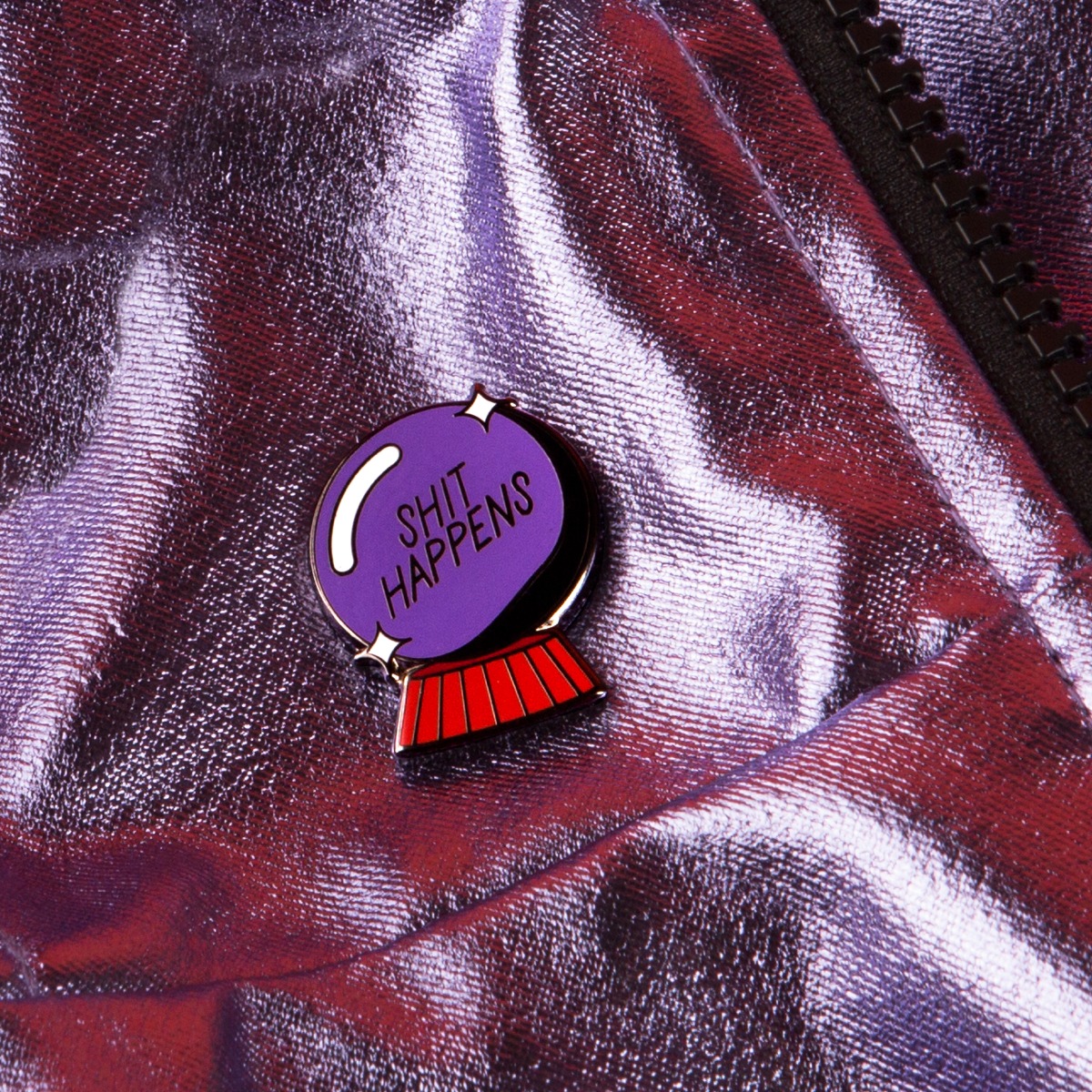 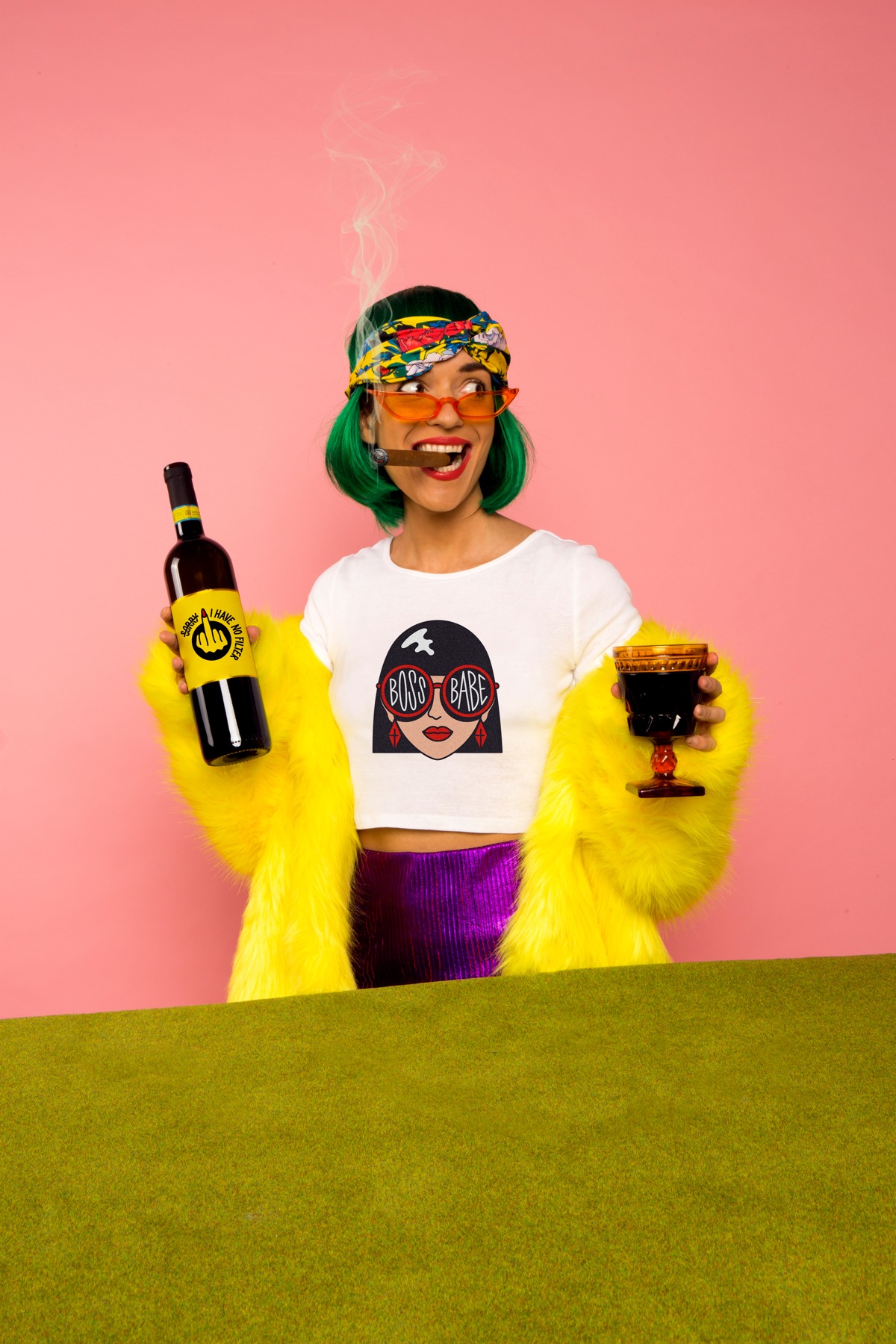 All the profits from the Sorry I Have No Filter store will go back to support LWD, which has grown rapidly since its launch two years ago. Walsh had originally set it up as a small events series in New York, but attracted a “crazy response” with thousands of people adding their names to the guest list.

“Suddenly I had women from other studios reaching out and saying they loved the idea, and wanted to start it in their own city,” explains Walsh, who’s hosted several of the events from her own dining table. “So I built a platform that allows different people in different cities to create their own chapter, and it’s spread like wildfire.” 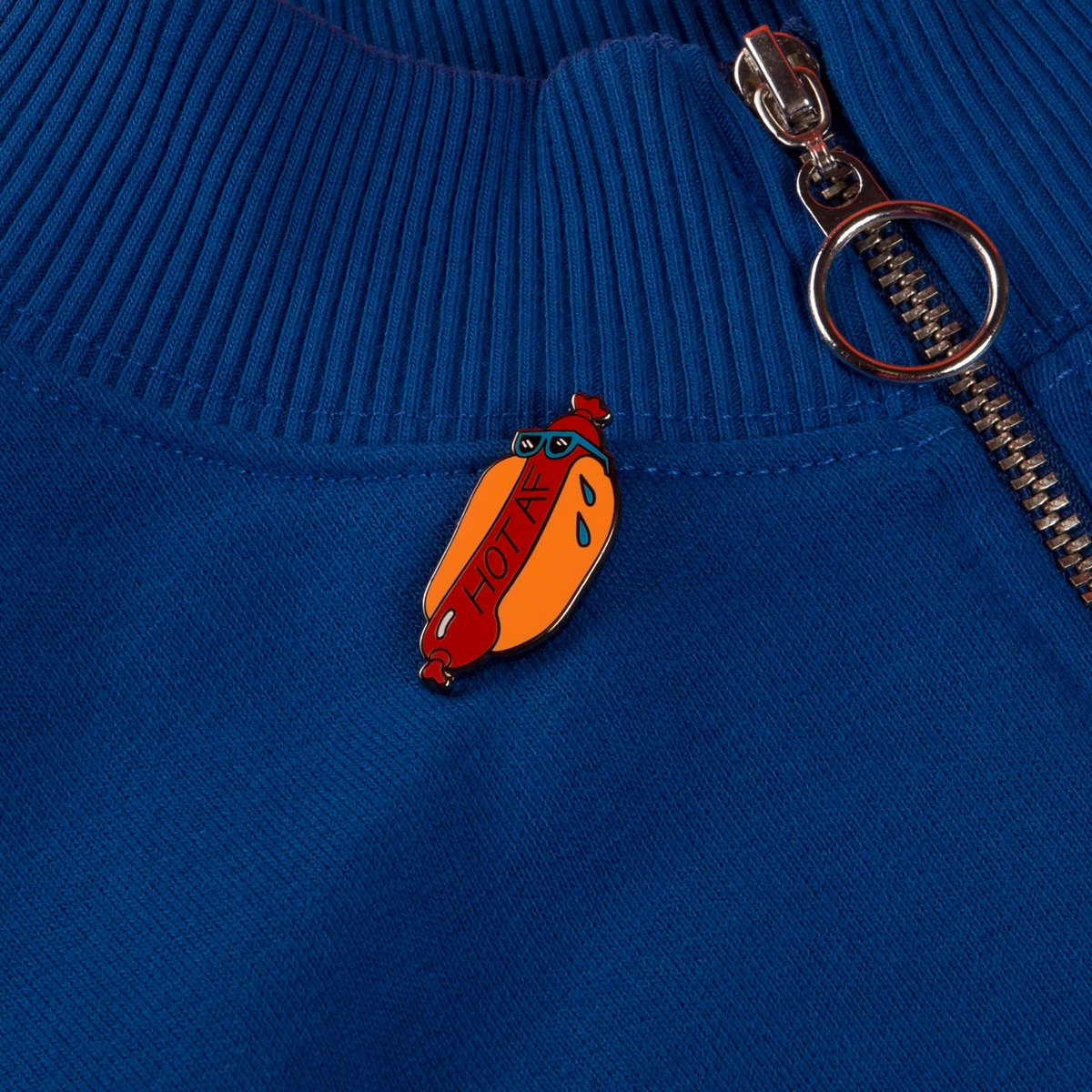 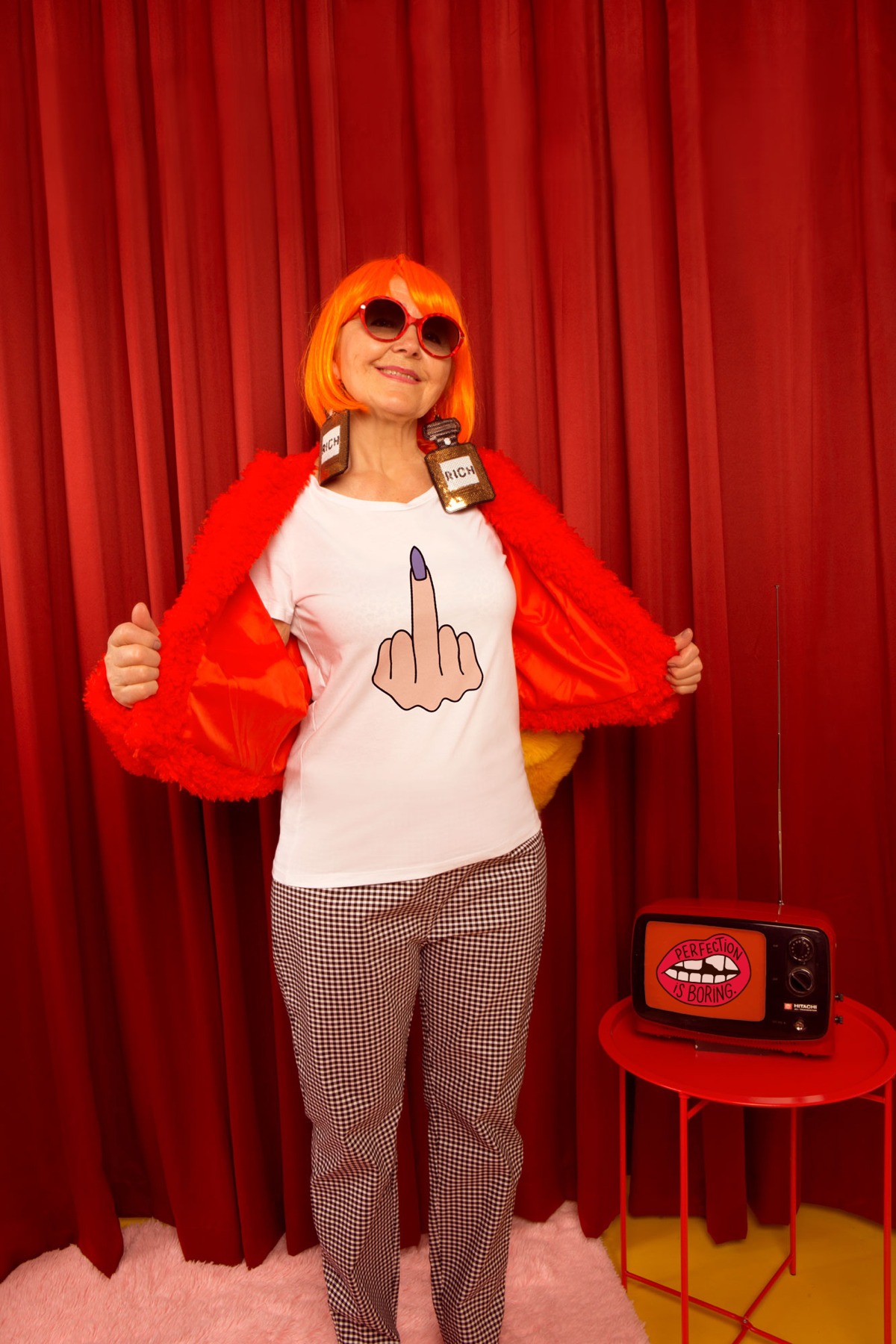 LWD is now in 180 cities around the world, with new chapters opening every week. Each adopts their own approach, some hosting smaller, more intimate events, and others holding conferences or monthly panel discussions. Walsh says the challenges women face are consistent around the world, that she hears the same old stories about sexism in the workplace, the challenge of climbing up the ladder, and the lack of women in leadership roles again and again. However, there have also been more uplifting outcomes, with the events helping people leave “toxic work environments”, and bringing women together to launch products or form studios together.

“It definitely was not what I had ever imagined,” says Walsh, who’s expanding the organisation further, investigating hosting larger events and helping to connect young women with mentors. “I didn’t think it would become this big global thing. It just started out of my own desire to bring women together, but clearly people around the world were also feeling something was needed to promote that sense of community among creative women, or else it wouldn’t have taken off like it did.”