An introduction to North Korean design

Nicholas Bonner’s book Made in North Korea offers a rare glimpse into the visual culture of the totalitarian state – from cigarette and food packaging to postcards and airline tickets. We talk to Bonner about the North Korean graphic design industry and how the role of packaging and ephemera differs in such a society

Published by Phaidon, Made in North Korea is a fascinating look at graphic design in the secretive state ruled by Kim Jong-un and the Workers’ Party of Korea. Author Nicholas Bonner grew up in the UK but moved to Beijing in 1993 and co-runs a tourist company that organises trips to Pyongyang. He is also involved in cultural projects and has co-directed a North Korean feature film.

Bonner has been collecting ephemera since his first visit to the country in the mid 1990s. “I was charmed and simply taken by the graphic design elements of the products there…. So I would buy Korean sweets and keep the wrappers and the hoarding eventually became several large boxes stuffed with what others might, justifiably, call junk,” he writes in the book. This “junk” includes postcards, stamps, airline tickets, beer labels and propaganda.

The book is not a comprehensive survey of North Korean graphics but a look at one avid collector’s archive. Short essays by Bonner provide an insight into daily life and culture in the country and highlight some recurring themes in North Korean design. 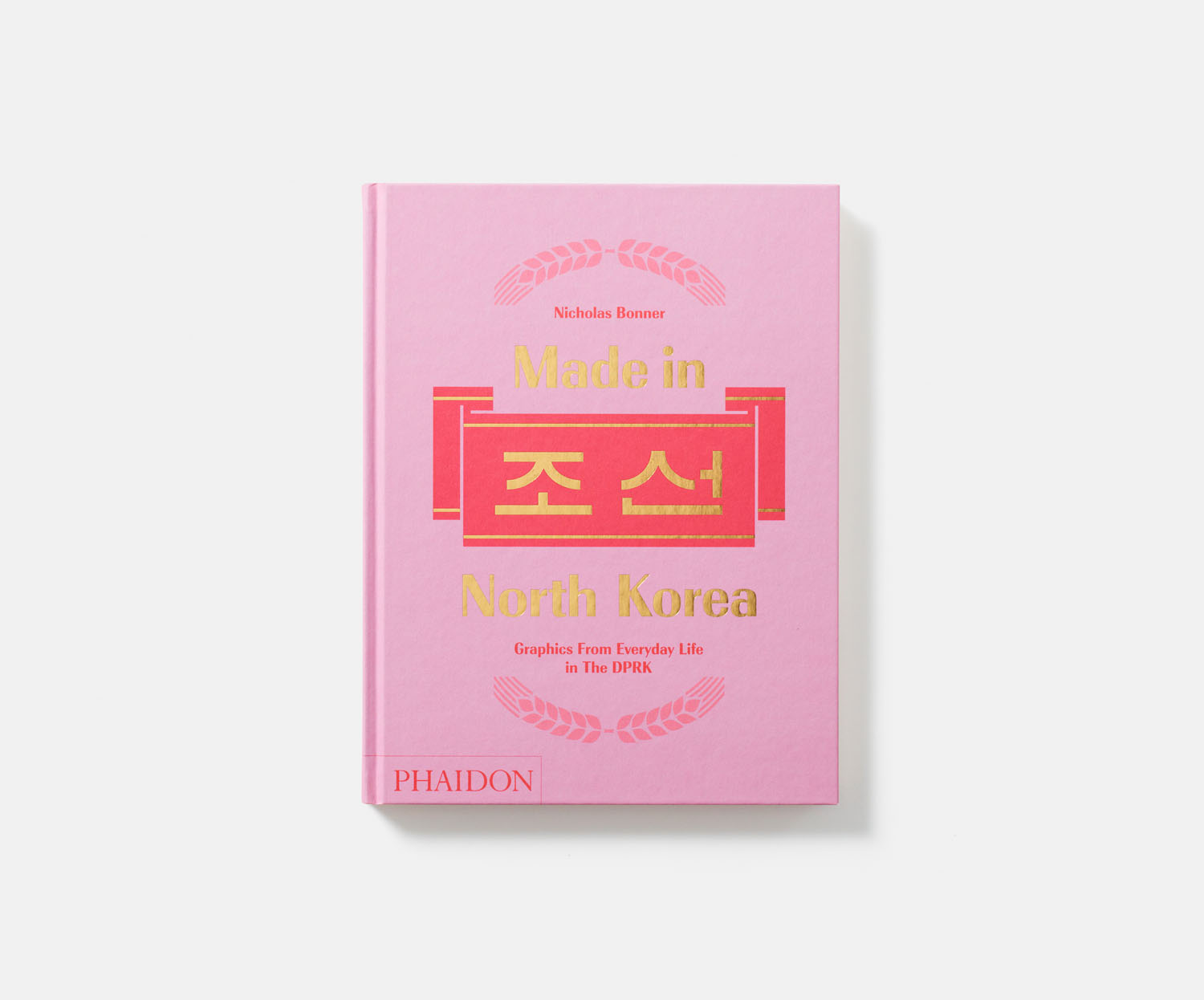 Made in North Korea by Nicholas Bonner. Published by Phaidon

Bonner claims that branding and packaging has a more functional purpose in North Korea than in countries where consumers have more choice. Tinned food labels often feature a simple illustration of the product against a brightly coloured background (blue, green and yellow are all popular shades).

“Design in North Korea is generally not expected to explicitly promote one product over its competitor (as there is, in most cases, no competition). Labelling is more to inform the buyer simply what the object does or what it is,” writes Bonner.

In Western society, branding and advertising is used to persuade and seduce – to sell the idea that buying this product will somehow improve your life. Bonner says North Korean ephemera is more “naïve” and claims there is “almost no Western style advertising” in the country.

“Until recently, there were no advertising hoardings, no television advertising, no internet (still true, although there is an intranet that people can access on smartphones and in libraries),” he writes. 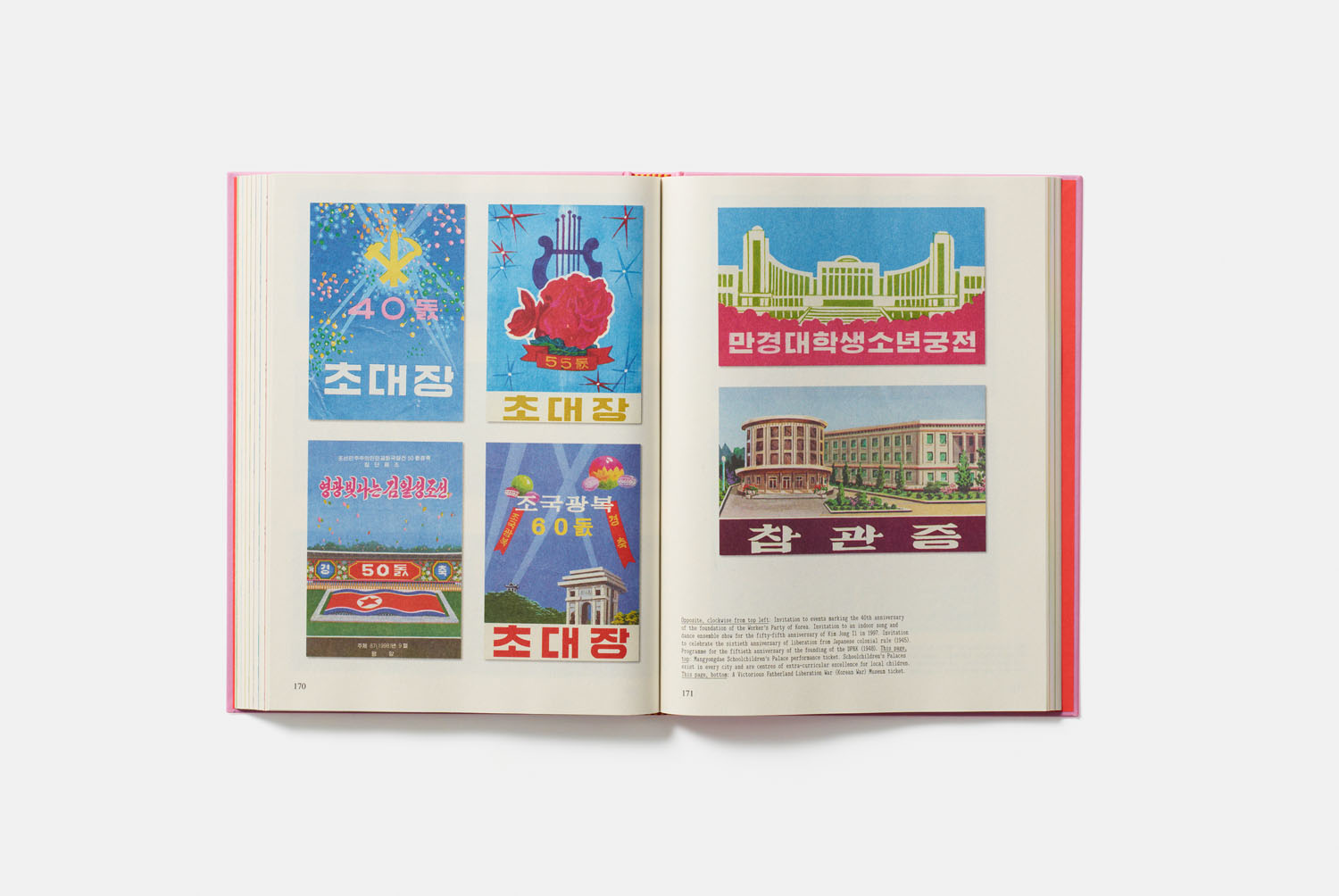 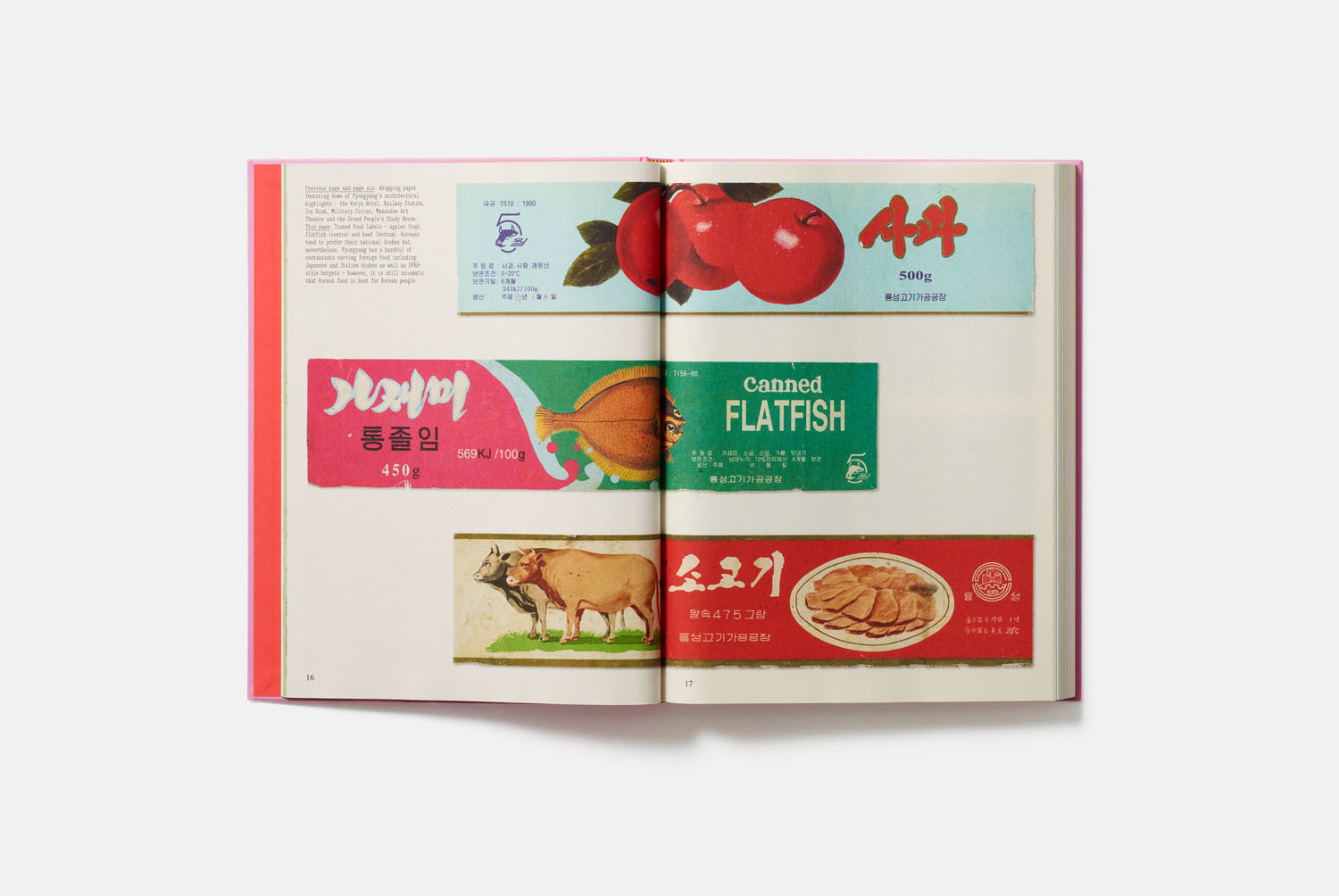 Labels for tins of apples (top), flat fish and beef. Bonner says Pyongyang has a handful of restaurants serving foreign food, including Japanese and Italian dishes, but most people eat national dishes. Food packaging is often more functional in North Korea than in the West, with labels featuring illustrations of the product inside. Collection: Nicholas Bonner

Speaking to CR, Bonner says that designers will still think of things such as ‘shelf appeal’ – but the environment in which products appear is very different from the UK. “Shelves are stocked in a monotonous row of one product followed by another – [this is] very different from Western chains where each product squashes right up to the next,” he explains.

Graphic design in North Korea is state-controlled. Most graphic designers train at university before going on to work at the Industrial Art Studio or another company and most of the country’s design jobs are based in Pyongyang. As all factories are owned by the state, every piece of graphic design must have state approval.

Bonner says development in product design is “cautious and slow” as a result. “The use of traditional motifs and a colour palette derived from Korea’s heritage remain a constant and with the lack of foreign influence, graphic artists produce a unique ‘house style’ based on a mixture of simplicity, non-deliberate retro-styling and tradition,” he writes. 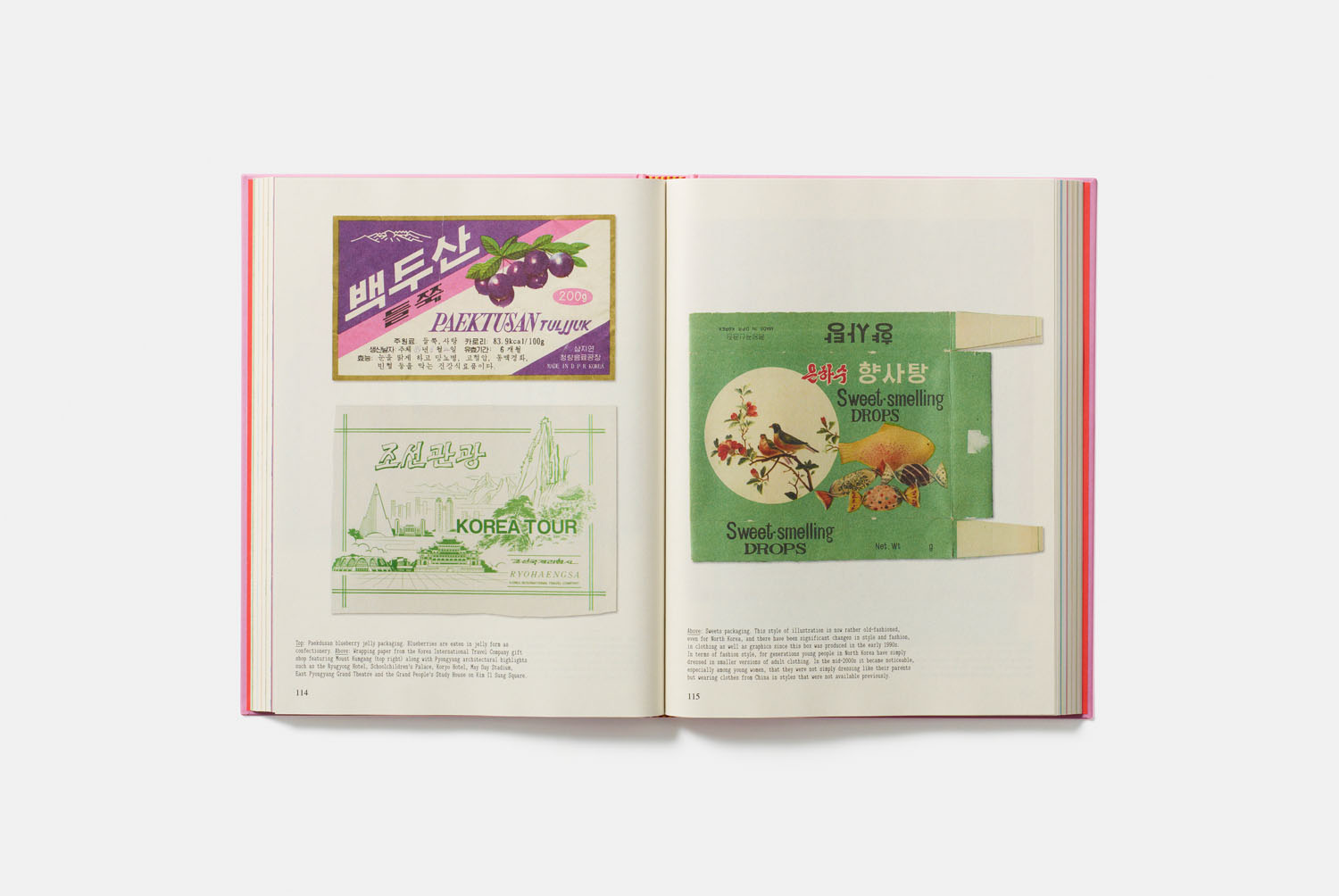 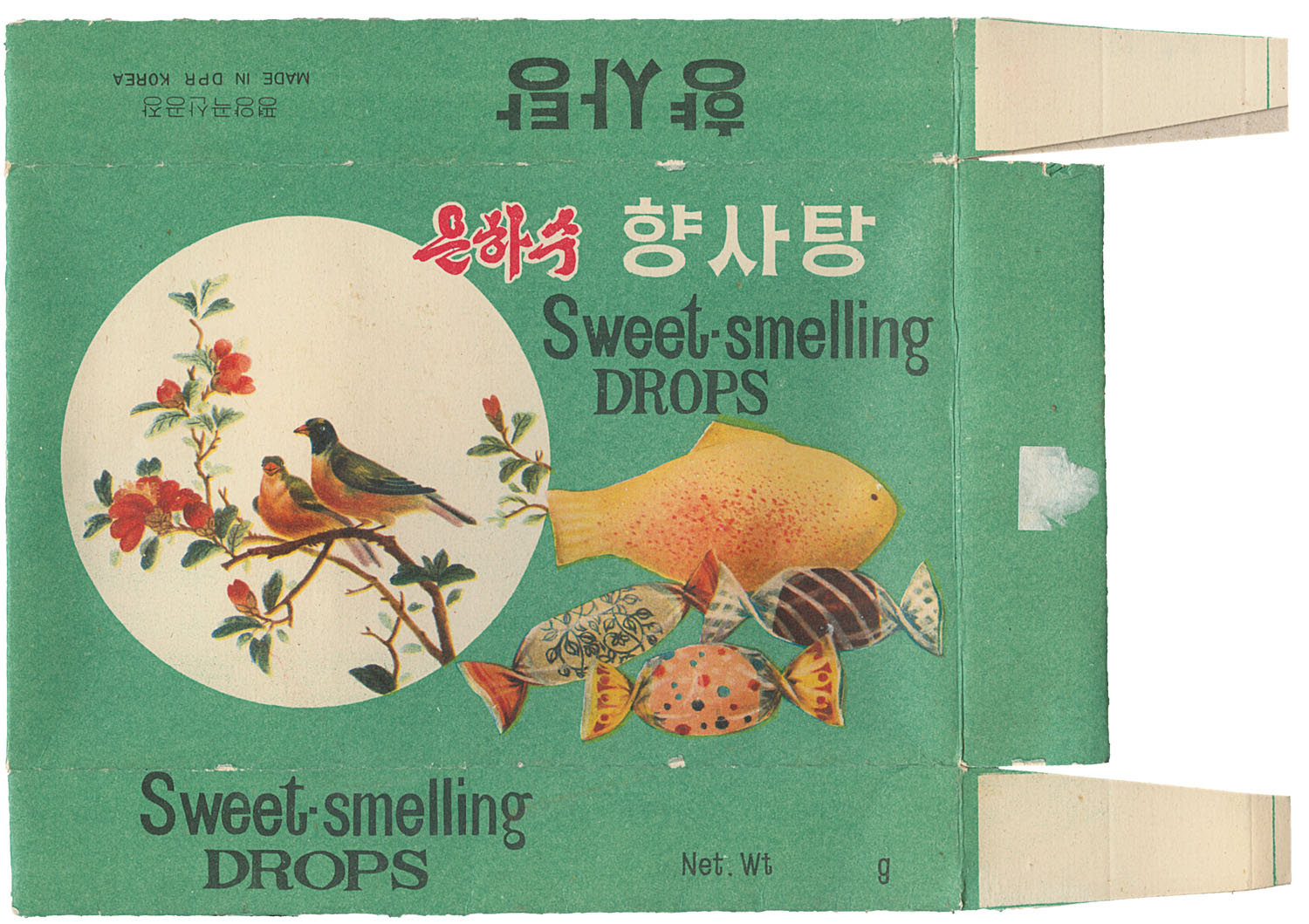 This packaging for “sweet-smelling drops” was produced in the early 1990s. Bonner says there have been some significant changes in graphic design since the arrival of the internet, with designers now adopting a more universal style. Collection: Nicholas Bonner

North Korean design is surprisingly varied, however – influenced not just by years of Japanese rule but Buddhism and Confucianism as well as links with the Communist Bloc. (“Korean propaganda art, for instance, is more inspired by the USSR than by [neighbouring] China,” writes Bonner.)

Prior to the digital age, Bonner says Korean designers would draw on colours and symbols around them: “these would be bold designs and colours akin to propaganda but also [with] the softness of their traditional art and design,” he tells CR. Socialism often brings to mind muted and neutral shades but North Korean ephemera is filled with bright colours. Red and pink is considered a “traditional” Korean palette and is a popular choice among graphic designers.

There is a distinct sense of “Koreanness” that runs throughout the ephemera featured in the book. Products often feature images of beauty spots or landmarks or recognised iconography. A carton of cigarettes might feature a mountain view while airline tickets show Pyongyang cityscapes. Bonner says this kind of imagery is often used to promote the idea that local or national produce is best – and of superior quality to international goods. 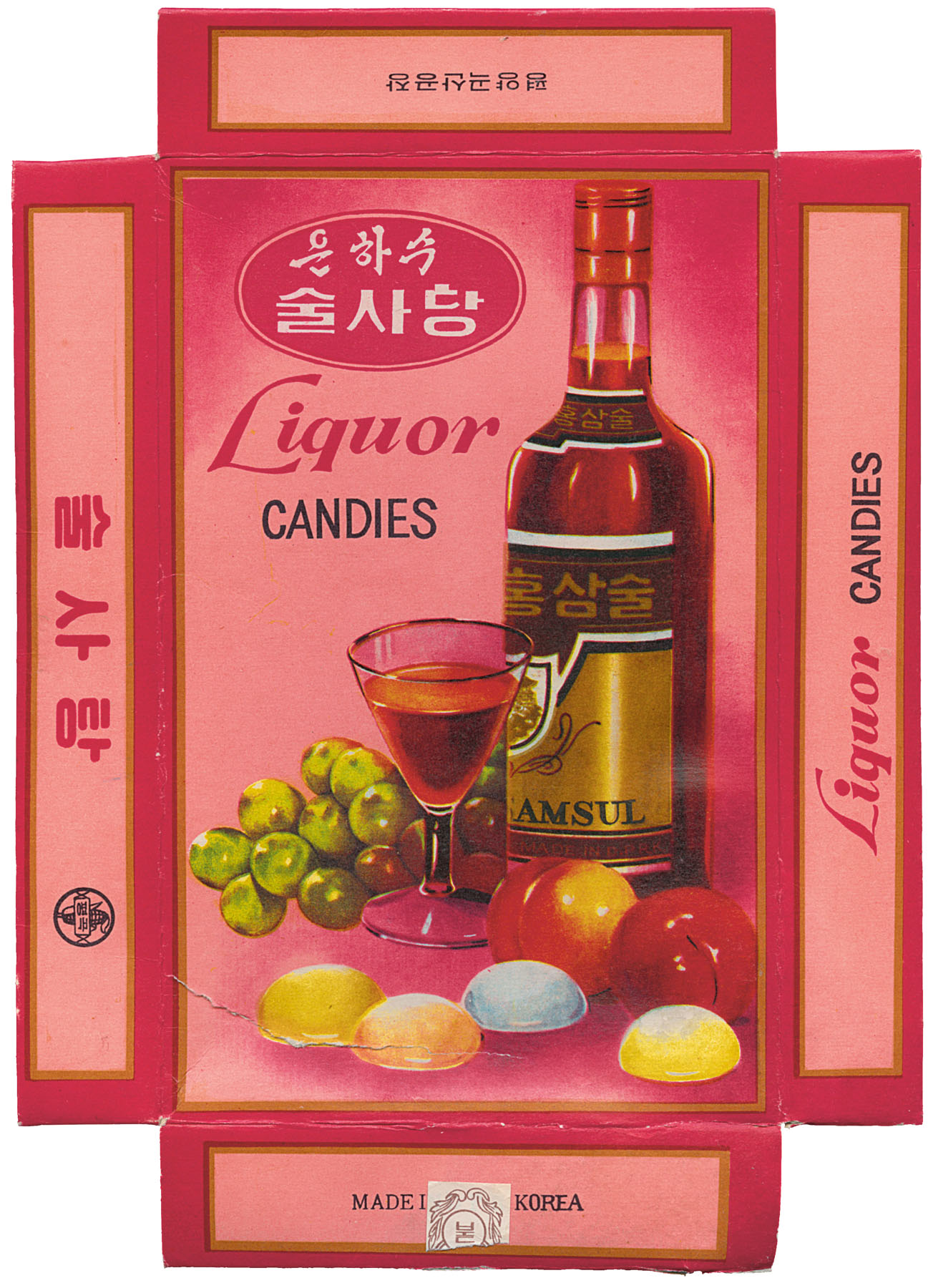 “The idea that North Korea is best is reinforced and amplified in all manner of products. For example, to present a well known Korean landmark – a mountain, building or statue – on a packet of cigarettes or a box of matches is to imbue them with instantly recognisable Koreanness,” he writes.

There are some recurring symbols that represent different aspects of “Koreanness”: Bonner says an image of the Kangson Steelworks symbolises the country’s industrial capacity while the Kumgang Mountains represent “Korean strength”.

Bonner claims North Koreans are familiar with this iconography and its significance: “The constant and persistent use of the same images by the state on hundreds of everyday products, from sweets and beer bottles to note-paper and toys, ensures that all North Koreans can ‘read’ and understand these images instantly. In addition, the use of important places and symbols combined with the national pride that North Koreans hold for these, ensures that the idea of the ‘premium quality’ of the product is conveyed,” he writes. Even everyday items such as tourist guide books or toy packaging contains political messaging – for example an image of a Korean soldier fighting a US enemy. 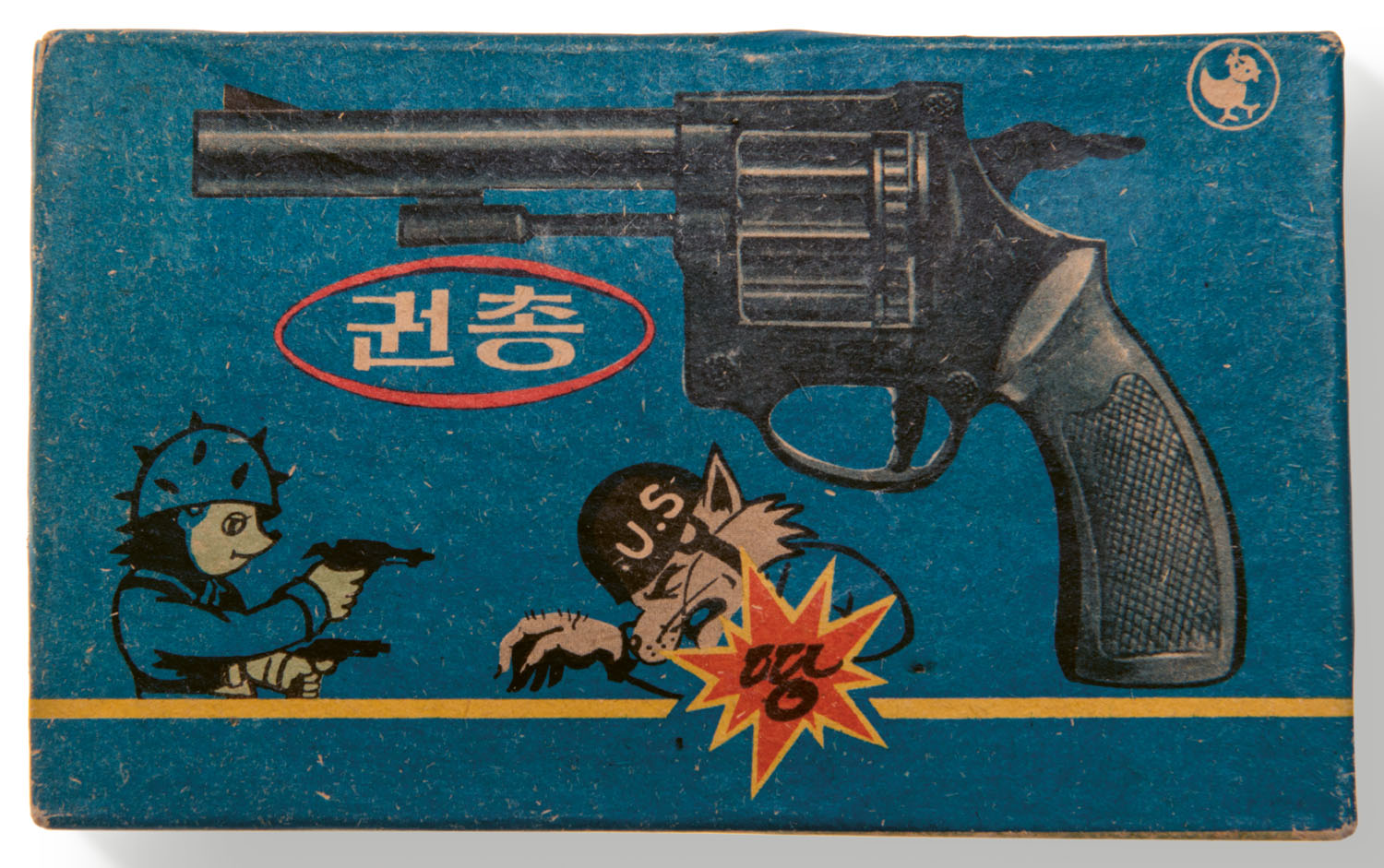 Packaging for a locally made toy gun that fires plastic bullets. The gun features the Korean army slogan ‘Il Tang Paek’ meaning ‘one is the match for one hundred (enemies)’. The hedgehog is a popular cartoon character and represents the Korean hero fighting the US enemy. Even everyday items are often loaded with political content – from guide books to packaging such as this. Collection: Nicholas Bonner

Changes in North Korea’s economy since the early 2000s have led to an increase in available products and consumers can now choose between several brands of certain items – including beer and cigarettes. These competing companies are pitched at different demographics: Bonner says Kunsol cigarettes (one of the oldest brands in North Korea) is aimed squarely at the working classes.

“Visitors are often surprised that such competition exists. They go to Pyongyang expecting to drink the one kind of beer or smoke the one type of cigarette. But companies compete with each other, trying to make their product better than that of a rival, and are profit-motivated,” he writes.

The number of modern stores is also increasing. The Kwangbok Supermarket in Pyongyang stocks international brands and this had led to the evolution of a more universal graphic style. Bonner says cigarette brands now use gold to indicate quality in much the same way as Benson and Hedges or Malboro did in the UK before the introduction of plain packaging.

Speaking to CR, he says: “There were almost no outside influences before the 2000s. Almost all products in Pyongyang were locally sourced, designed and packaged. In the countryside the odd foreign brand would only appear in hotels or rest stops – perhaps a Western brand biscuit, often past sell-by date, would appear and over the years, be reduced in numbers by the occasional tourist short of Western delights.”

Now, however, everything from Nivea cosmetics to Swiss chocolate and Coca-Cola has found its way into the capital (despite the fact that the US won’t allow exports and Korea has banned imports). And with Koreans exposed to more outside influences, packaging is becoming less distinctive and idiosyncratic.

“Contemporary packaging sadly is the same as the rest of the world,” Bonner says. “Even their version of ‘tetra pack’ has arrived – tins of North Korean cola now with ring pulls not sealed caps etc. Mundane ubiquitous globalised design with all its shiny tricks to attract customers has arrived and it is what the Korean public want.”

“This design represents modernity and a bright future – the old hand-drawn design is what your parents used,” he continues. “Old Korean products are all jazzing up their packaging…. It is also reflected in the manner in which many interiors of public buildings are being replaced – beautiful mosaic and marble work [is being replaced] by Chinese tiles and reflective glass.” 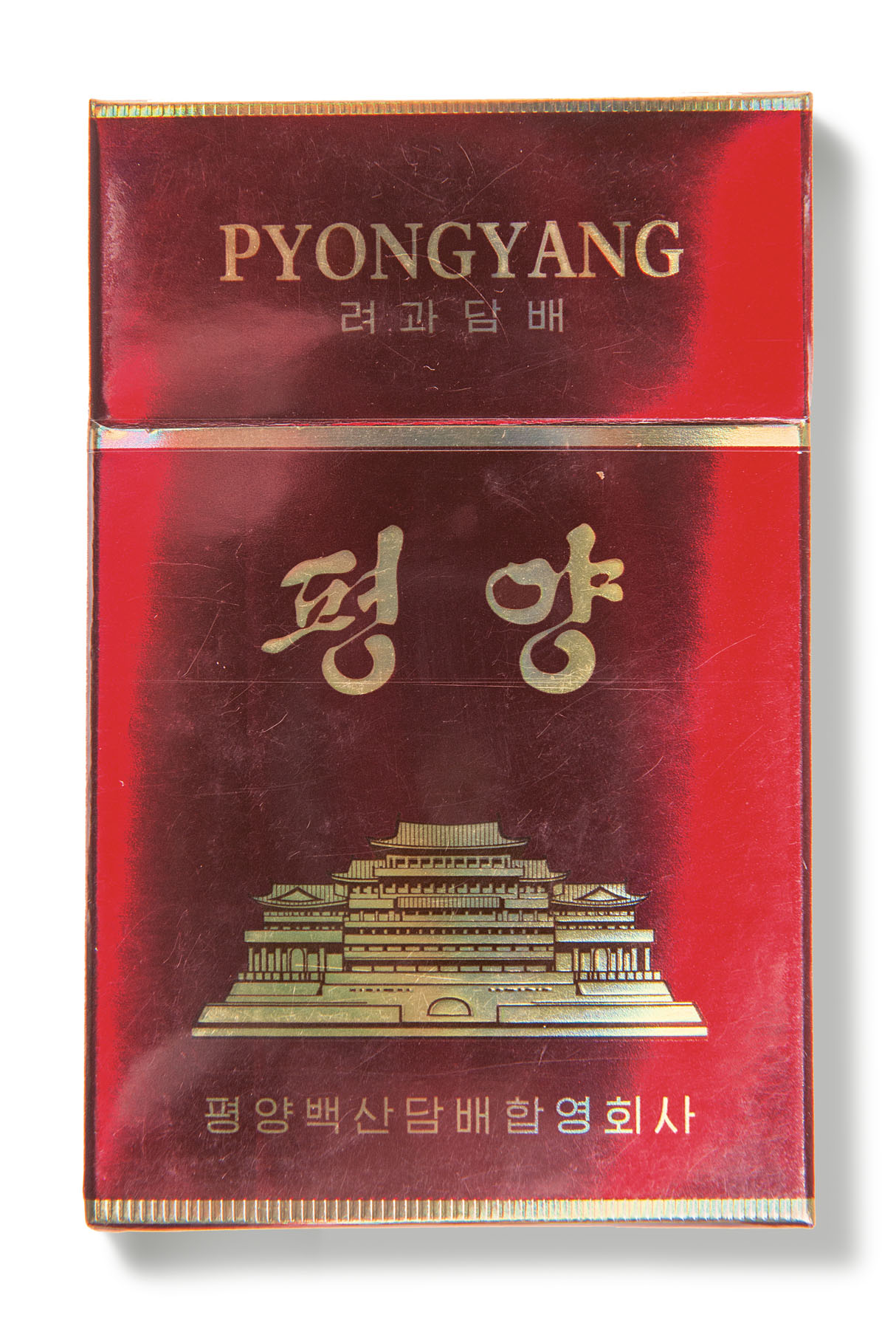 Chollima cigarettes. While goods are limited in North Korea, there are several brands of cigarettes and beer, and different companies are aimed at different consumer groups. Packaging in North Korea often features images of local landmarks or familiar iconography and gold is often used to indicate quality

The idiosyncrasies highlighted in Bonner’s book might soon be a thing of the past but the ephemera he has collected over the years is distinctly North Korean. His book offers a rare glimpse of the country’s visual culture and shows how the ideology of the Workers’ Party is expressed in everything from cosmetics to cigarette cartons.

Made in North Korea: Graphics from Everyday Life in The DPRK is published by Phaidon and costs £24.95. You can order copies here.