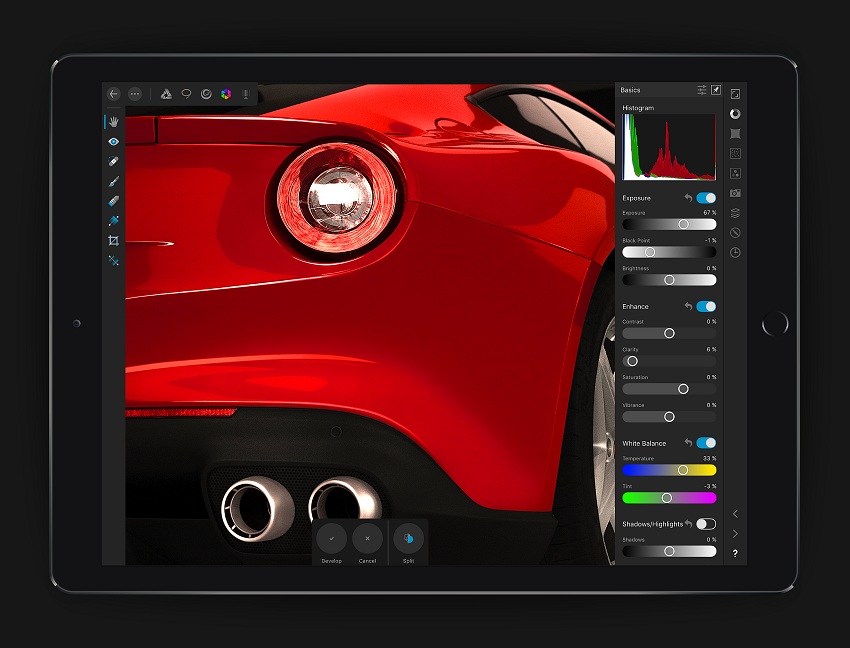 There’s great news today for owners of Affinity Photo for iPad – and for anyone considering buying it.

Not only have we just pushed out the latest free update to our professional photo editing app for iOS, we’ve also decide to keep the price lower in the App Store.

Since Affinity Photo for iPad was unveiled during Apple’s WWDC keynote in San Jose, in June, reviewers and customers around the world have acclaimed it as a game-changer for professional photo editing on the move.

Since launch, we’ve been blown away by the response – sales have been beyond our wildest predictions. But because it was a genuine world first for fully-featured professional apps on iOS, there was really no precedent we could use to judge the right price for an app of this quality.

Now we’ve had chance to assess the response, and settled on a price which is not only value for money for our customers, but also sets a benchmark for the price of high-end, professional apps on iPad in the future.

What’s more, today Affinity Photo for iPad has received another update, bringing new features as well as the quick, reactive bug fixes that our customers have come to expect.

The update, free to customers, strengthens the compatibility between the desktop and mobile versions of the app. If you set up and save macros in Affinity Photo on Mac or Windows, you can now play them back on iPad. (The ability to record new macros on the iPad itself will be in a future update.)

Our super-talented developers are working constantly to make the most of the iPad’s unique Metal graphics technology, allowing users to work easily on large super-high-resolution photographs, or complex compositions with potentially thousands of layers.

To do this type of work on iPad is something that no-one has ever attempted before, and we are learning all the time how we can squeeze every ounce of power from the device. This latest update raises the bar again with big performance increases – it’s now faster, smoother and more productive than ever.

Other changes include UI improvements, improved PDF and vector export and better integration with the Apple Photos app. Please see below for a fuller list.

For more information go to https://affinity.serif.com/photo/ipad. 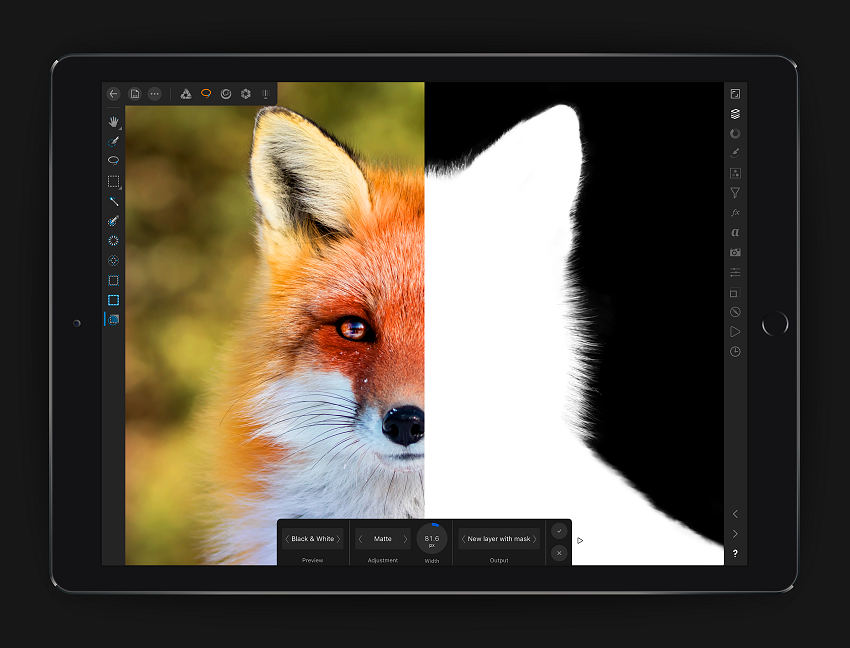 Additions and improvements in v1.6.4:

• Significant improvements in performance for large or complex documents.

• Use “Place Image” to place original images from Photos.

• Metadata available when creating a document from the camera.

• Wet edges can now have a custom interpolation spline.

• Improved reading of DPI from files.

• Exposure adjustment now operates in stops, not % and has wider range.

• New option to dither gradients in preferences (defaults to ‘on’).

• Directional lights in the lighting filter can now be directed using on-canvas handles.